Once every couple of months, I find myself settling in on hand-me-down apartment furniture, or uncomfortable chairs at Whole Foods, or outside cafe tables at old favorite restaurants, laughing and reminiscing and arguing and feeling more like myself than I have in weeks.

My two closest friendships came together during my fourth (but not final) year of college, over pilfered mini-bottles and bleary sleep-deprived mornings and ferocious fights about commas in the office of the campus newspaper. Now, friendship between the three of us feels like a given, like something that will fluctuate and flare but will, in any event, still be around.

I was completely intimidated at first because, as is often the case in friendships that last, we are very different — at least in some ways, at least outwardly. They were louder than me, less reserved and repressed, less willing to hold something back and just get along.

We were all fiercely ambitious, sometimes climbing and tripping over each other on the way up the ladder, often fighting about the best action to take in a work setting that seemed so very, very important at the time.

And we are still, in some ways, completely different. I am God-struck and religious; they believe in humans more than anything. When they visit me in Atlanta; they, like most 20-somethings, would rather shop and eat in the younger, cooler neighborhoods. I really want to go to the aquarium and the Coke museum.

They have taught me about diversity as more than a buzzword. Because of them I have really understood, for the first time, although humans are probably 98 percent alike, how much breadth and variety and validity there is in those two percentage points. 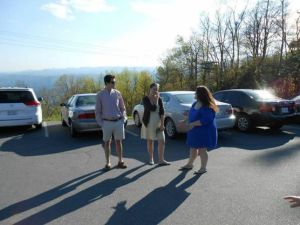 They’ve also taught me how to relax — to stop analyzing every phrase and gesture with the same intensity I apply to work — how to be interested in things, how to debate, how to fight fair. They have taught me about forgiveness.

As I was packing to leave Hudson for Atlanta, there was a conversation about whether we’d all be in the same place again. Conversations about whether we were willing to move to be in the same place — and the answer was no, not right now. It wasn’t the right time and we needed our own people and our own lives and our own space. It’s very possible it will never be the right time, and that was a tough realization to make. 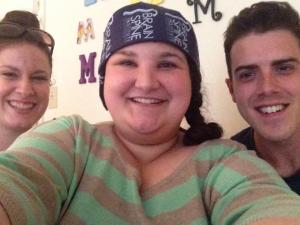 But that’s okay. The right thing, even. I will continue to love our weekends together — and I think they’ll last.

2 thoughts on “Let me tell you about my best friends.”